Coco Chanel was an icon of gracefulness. With her bold designs she liberated woman from the corset. Her eventful life tells us the story of a woman, whom while being an orphan rose to the French upper class. For modern woman today her name is a symbol for equality and freedom.

Chanel may be famous for her affairs, but she is also known as a savvy and successful businesswoman. Up until today Chanel is one of the most famous brands in the fashion industry.

Ulrike Quade and Jo Strømgren are fascinated by the complex history of Coco Chanel. As a master of illusion Chanel consistently chose to mythologize herself. She controlled the way the world looked at her, while at the same time her fashion has become a symbol for emancipation. The performance Coco Chanel seeks to investigate the influence fashion has on our society. How a costume becomes a body and how a body becomes a puppet.

Coco Chanel is a coproduction of Ulrike Quade Company and Jo Strømgren Kompani (Norway) in collaboration with Strijbos & Van Rijswijk. In 2009 Ulrike Quade en Jo Strømgren made the successful production The Writer, based on the contentious life of Nobel Prize winner Knut Humsun.

COCO CHANEL is supported by:  The Performing Arts Fund NL, the Amsterdam Fund for the Art (AFK), Arts Council Norway, the county of Noord Brabant and the municipality of Tilburg.

“Fascination because of the visual strength” Review Scènes (Léonie Sanders)

Coco Chanel was chosen by the Amsterdam community judging panel as best performance of the season 16/17!

“Anywhere, any place, the world needs art. Also in war grows a flower. Such a flower is this performance. Where the bombs fall, you long for everyone to be able to see this. “ 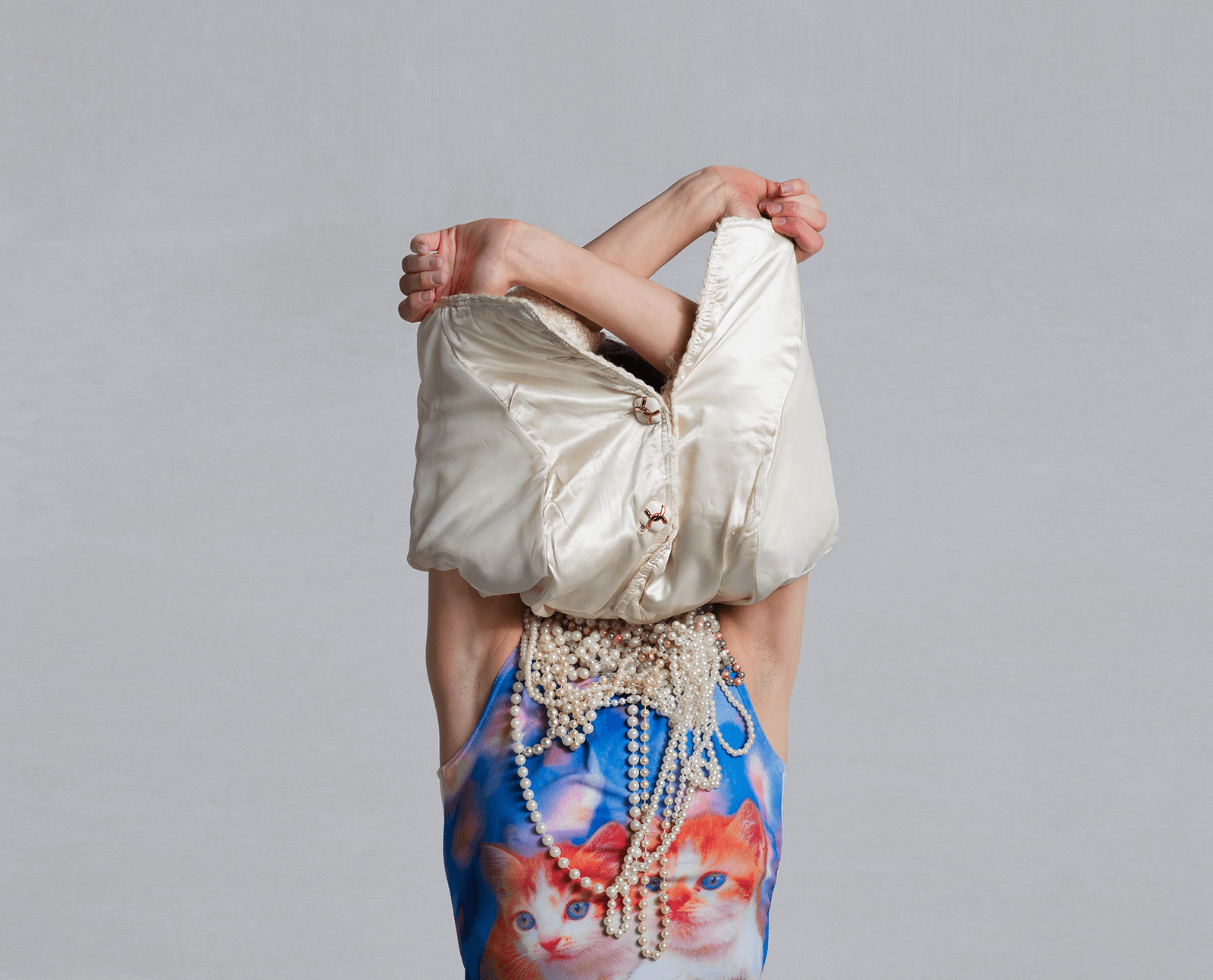